The House on Foster Hill by Jaime Jo Wright: Review

Jaime Jo Wright has definitely out done herself with this compelling debut novel.
The House on Foster Hill is a fantastic story of two strong female protagonists, Kaine Prescott (Present day) and her ancestor Ivy Thorpe (1900s).  The two women working together, and yet a century apart to solve the same mystery experience psychological trama, heart break and loss.

The story, centered around Foster Hill House is one that involves death and torment. Ivy and Kaine both spend the length of the book trying to solve the mystery of the nameless woman who was murdered and left in a tree on the property of Foster Hill House.  Ivy and Kaine are intertwined by similar monsters, from their past and present and of course the cryptic house on Foster Hill.  Although Ivy and Kaine's plot lines mirrored one another, there were some stark differences that could lead the reader to favor one character over the other. 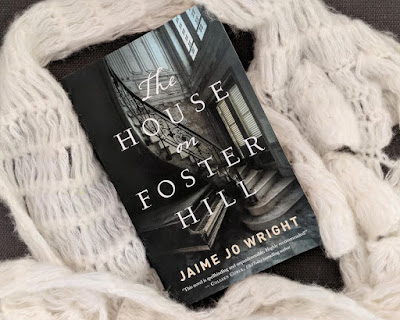 Kaine’s narrative in the modern day, follows her as she comes to grips with the death of her husband, of which police believe was accidental.  Kaine however is less than convinced, especially with the plight of an unknown stalker.  Kaine's story was mostly interesting, however it seemed that her character became lackluster with the sudden introduction of a romance.  The romance didn't really seem to make sense in the grand scheme of things, and was unconvincing at best; while taking away some of the initial thrill surrounding Kaine's character.

The second character, Ivy was much more engrossing and relatable. At times I felt like I was falling through Kaine's narrative, just to get back to Ivy's story. Although Kaine's character was a excellent female lead, Ivy completely took the cake in offering an intriguing perspective on the mystery of Foster Hill. Connecting with her loss and grief was much easier than connecting with Kaine's grief over her husband.

Every chapter was a page-turner, the suspense was set from the start and I appreciate the author's writing style and ability to draw a reader in.  Ultimately, what made this book so interesting was the duel time-line.  All in all this was a captivating book, it didn't take me long to get through it because it was so interesting and the certain "on the edge of your seat" type of story with plenty of scares; strange insertion of romance aside, this book definitely deserves an applause.

You can read more about the author and purchase this novel here.

FTC Disclaimer: I received this book from Blogging For Books for an HONEST review.
at January 24, 2018 No comments:

John Boyne has delivered to us once again an earth-shattering, heart-wrenching and ambitious novel that is just the sort of book that this society needs, at this very moment. The story follows Cyril Avery, beginning in 1945, a child born out of wedlock into a violent circumstance and adopted by an unconventional and cold couple.
As Cyril navigates his childhood, coming to terms with being a gay individual, the one consuming question is: Who are his parents? Where did he come from?
Growing up in Ireland, a viciously repressive and heavily religious country at the time, Cyril must hide who he truly is to avoid the homosexual hate crimes and thundering guardia who can and will kill/imprison any gay who is discovered.
Cyril's adoptive parents although cold, are not necessarily unlikable, Maude Avery a focused and narcissistic author and Charles Avery a falandering tax fraud, bring a light humor into the story with their attempts at parenting young Cyril while he is discovering his sexuality. The most heart rendering is Cyril's search for acceptance through his love of Julian Woodbead and Baastian, a comparative love marked by young infatuation versus mature compassion and the loss he faces with both; moments in which you can't help but shed a tear. 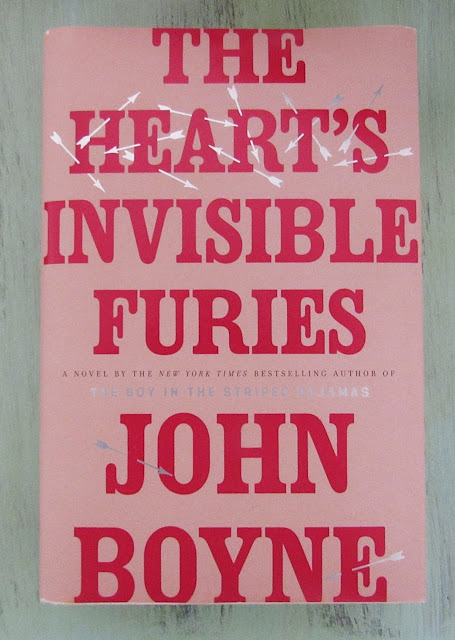 On a historical scope, Boyne examines the pivotal IRA bombing in 1966 on the Nelson's Pilar in Dublin, and the political and societal shifts over the course of 70 years to allow same sex marriage. To have lived in Ireland was to bear the weight of the crushing ideologies of the catholic church, one character describes it as "a country run by vicious, evil-minded, sadistic priests and government so in thrall to the collar that it’s practically led around on a leash.” As a reader, we get to see the horrific violence, benevolent and hateful priests, but also how over the course of time the views and ideas of the country do begin to change, especially with the help of outspoken individuals who lead the way.

Throughout the book, we can begin to view it as a historical reel highlighting key points in history such as the 9/11 World Trade Center tragedy and the sweeping epidemic of Aids and HIV in New York. Many could also view Cyril as the conductor of happen stance and coincidence, taking the reader through bigger events throughout history, giving the impression of a calculated history lesson.

Each chapter/section reaches forward every seven years, as Boyne's protagonist wrestles with the ever changing landscape of his life and the development of his true self, and coming to terms with who he is. We can speculate that Boyne is giving the audience a psychological assessment into how our lives can drastically change every seven years. Giving way to new experiences, lead by both the vivid and sometimes overshadowing supporting characters and the changes in the attitudes and aptitudes of society.

The Heart's Invisible Furies is both charming, witty and gives the reader a sense of rectified yearning.

You can read more about the author and purchase this novel here.


FTC Disclaimer: I received this book from Blogging For Books for an HONEST review.
at November 15, 2017 No comments:

Yet Another Blog Introduction.

Yeah, I know what you are probably thinking right now: "Yet another blog about books? Doesn't the world have plenty of those already?!". And, you would be correct. There are plenty of well educated and well rounded book blogs out there. So, does the world really need another one? Probably not. Although I may not have famous authors beating down my front door begging for book reviews and I don't have a much coveted spot on a publishers PR list. If you are reading this, then I am probably safe to assume that you are just like me... Just a passionate reader who enjoys finding new books, exploring new worlds, gaining new knowledge and sharing those book finds and experiences with the people around me. Besides, with the steady decline in book sales across the board and the diminishing number of individuals who actually read. Isn't it our duty as book lovers to promote the qualities of reading that we have come to cherish and the people who have created this passion inside of us? If your answer is yes, then you are correct. And, that is why the world needs "yet another blog about books".
at August 15, 2017 2 comments:

The House on Foster Hill by Jaime Jo Wright: Review

Jaime Jo Wright has definitely out done herself with this compelling debut novel.   The House on Foster Hill is a fantastic story of two ...